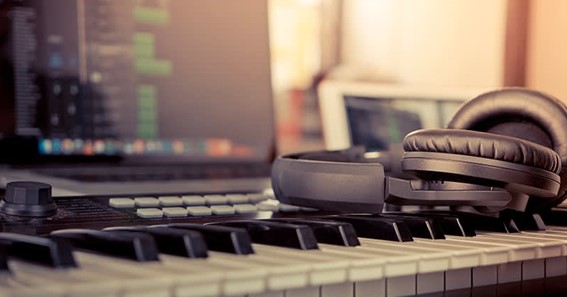 Heard the name “Audius” for the first time and was intrigued to know more about this music streaming app? So, was I! Some people are claiming it may take Spotify’s position as the leading platform for streaming music but is that so? One of my friends shared the link to the Audius app when I contacted through Spectrum phone service to pay my bill. I stopped the moment I learned that Rolling Stone Magazine reviewed this app!

What’s Audius about and does it live up to the hype? Let’s explore this together.

Audius features 100k+ independent artists. This encrypted music streaming app has its own cryptocurrency token based on Ethereum. It is not that new; the app was launched in 2018 with the mission to support artists who often become a victim of unfair pay. It’s much like SoundCloud but is developed keeping artists in mind and is powered by blockchain.

Currently, the app has 5.3 million users who have listened to over music (overall) 7.5 million times. April 2021 was the busiest month for the app.

How Is It Different from Others?

Okay, we know it’s blockchain-based but what makes this streaming app different or special?

First off, this music streaming app is created by music fans for music fans. This platform promises to give musicians more control over how their music is monetized, which is huge progress! Plus, the app is owned and controlled by a community of artists, fans, and developers.

Audius has a social media sharing feature that allows musicians to communicate with their audience directly through their music. for example, it provides a function that allows musicians to share their music directly from the streaming app to TikTok. The app is tackling the industry-wide issue of artists not receiving fair compensation for their work. We all know artists who work behind the scenes frequently miss out on royalties.

Thanks to blockchain technology, every artist can now timestamp their work. Don’t worry, everything is user-friendly so it can be used by artists and listeners outside of the bitcoin community.

Celebrities are Showing Interest in Audius

While Audius is largely an Indie platform, but more and more major-label artists are investing in it slowly Music artists like Pusha T, The Chainsmokers, Katy Perry, Nas, and Jason Derulo are some of the names.

The Chainsmokers have decided to release their songs on Audius to avoid a licensing headache. This includes the songs that they have not previously shared on any other music-sharing services, such as the music the band generally performs live.

While these prominent artists and industry veterans may have it easier in terms of the commercial aspect of their work, by investing in Audius, they are supporting the music industry’s continuous campaign to give artists more ownership of their work. Audius is still small but the Rolling Stones hailed it to be Spotify’s rival, which is a huge compliment.

How Will It Protect the Work of Artists?

Audius claims to be targeting the artists who previously used SoundCloud. The app’s CEO, Roneil Rumburg said, “We truly envision ourselves entering into the same niche as SoundCloud right now.”. SoundCloud’s self-monetization contract, which allowed the firm to change payment terms without notice and barred artists from ever suing the company, caused rage among artists.

The AUDIO token aspires to change the music industry by allowing as many artists as possible to profit from their work. Holders of the AUDIO token will be able to pay for the material they consume, with 100 percent of the earnings going to the creators.

Audius and TikTok recently announced a partnership that will allow musicians that have a presence on both platforms to use their music in TikTok video. This is a proven approach to give artists more exposure while also introducing Audius to a wider audience. It’s a win-win situation for everyone involved!

How can Artists Use Audius?

Audius is mostly used by new musicians to create a fanbase. EDM musicians are the most popular on the platform, with hip-hop coming in second.

Artists have fought the music industry for decades over song rights, royalties, and ownership. Audius is one method that fans, other musicians, and other music industry participants are supporting creators in their efforts to remove some of these difficulties.

Yes, it’s free, for the time being.

However, Audius wants to give artists the option of bringing customers to listen to commercials on occasion or pay a monthly fee for an Audius subscription. Ninety percent of the money will go to the artists, ten percent to the node operators, and playlist curators will be eliminated.

The mobile and desktop versions of Audius are available. You can learn more about this app on its official website.

How To Reduce Background Noise On Mic? In PC / Windows

A BEGINNER’S GUIDE TO HOT DESKING: KNOW THE...

What Is XLR Mic? Why To Use It?

How to Start Taking Commissioned Work

WHAT IS THE PURPOSE AND HOW TO CREATE...

Important Aspects For The Placement Of The Tents