Home Gadgets Is U-Verse A Cable Or Satellite Provider?
Gadgets

Is U-Verse A Cable Or Satellite Provider? 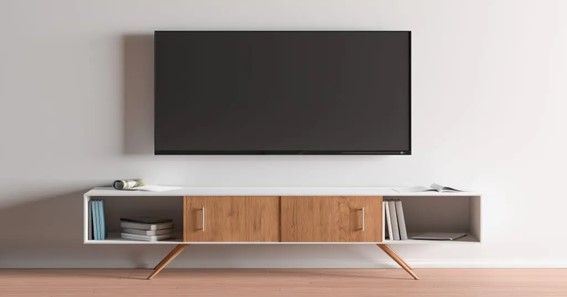 In the internet-driven era that we live in today, it will not be wrong to say that our bandwidth speed determines our productivity and efficiency. So speed matters a lot and so does the choice of the internet plan to cater to your online activities. We see providers making use of the latest technologies available, in the quest for offering better speeds. There is a reason providers like Mediacom or AT&T stand out from the rest. Mediacom users know for a fact that they can dial the Mediacom customer service number anytime to get instant support. On the other hand, AT&T is always coming up with better ways to provide seamless connectivity to the users. Its recent launch of the U-verse is a clear example of staying ahead in terms of offering faster speed fiber internet connection.

The common perception is that DIRECTV and AT&T U-verse have similar services but the fact is that there are differences. AT&T U-verse has a lot to offer since it utilizes advanced fiber optics technology and is in direct competition with the esteemed cable and satellite TV providers in the industry. It has a lot in store for the users but there are some disadvantages too. Dive in to find out:

The extensive DVR capacity makes U-verse a very attractive option for users. The DVR allows you to record up to four shows simultaneously. You can also pause a program. On the other hand, cable or satellite TV usually enables to record up to of two programs at the same time and that also might require an additional DVR.

Just like we see in the case of fiber internet services, that they have limited availability, U-verse is no exception. It is not widely available yet. Especially if you live in a rural area, you cannot access it. For users in rural areas, a satellite network is often the only option available for access.

If we compare the cost, we see that U-verse prices are similar to cable and satellite plans. Cable plans can be somewhat more expensive as compared to U-verse. Also, the pricing of U-verse plans may vary from region to region. Other Features

U-Verse service by AT&T also rolls out interesting additional features like you can enjoy Flickr photos or play games on your TV, use a U-Bar that works like a news ticker, and many more. Such features are usually not provided by satellite or cable providers.

Like all other providers, AT&T’s U-verse also dices out a variety of plans, intended to meet the requirements of various customers. The U-verse packages include the U-Family package, U200 Package, U450 Package, etc. These U-verse plans offer a good variety of diverse channel lineups so you can choose as per your entertainment preferences. As obvious, the high-tier plans would have more extensive channel lists for the viewers. So if you want a greater number of channels, you can consider the U450 package with more than 550 channels in store for you.

What does U-verse offer in terms of the Channel lineup?

The vast channel lineups offered by U-verse cater to many international channels including Chinese news channels along with the American sports channels we all love. Though the high definition of entertainment is something viewers might be missing out on. However if you sign for the high tier plan, you can attain more than 225 channels in high definition.

The price of AT&T’s U-verse TV plans might differ from place to place. But keep in mind that you can expect an initial activation fee charged one time only, additional receivers if needed for multiple TV sets might also cost you some extra fee and HD will also come at an additional cost in case you want to watch the sports channels in high definition quality.

In the light of the aforementioned discussion highlighting the main areas of comparison of AT&T’s U-verse with satellite and cable plans, the positives and negatives seem very clear. In terms of DVR capacity and channel lineup, it is surely recommended but if you wish for HD and want to avoid additional costs, then you can consider other options you find suitable for catering to your household entertainment needs.