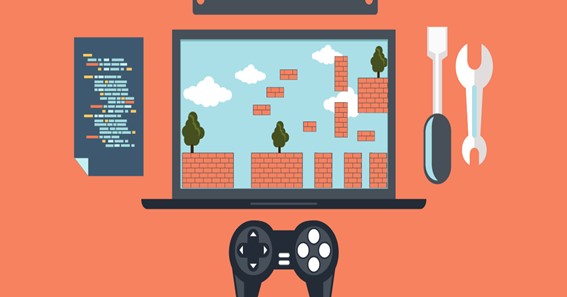 If you have a video game, you must also create a tutorial because you need to teach your potential audience, i.e., gamers, how to play the game. Even though there is little data available to prove how game learnability and tutorials are interlinked, video game tutorials are still one of the most used tools by gaming developers to drive player engagement.

Whether your game is easy and simple to play or involves complex dynamics, it is a good idea to use a robust and user-friendly video editor to develop tutorials. While end-users can still explore simple games through experimentation, if the game involves a complex landscape, it is best to go ahead and use our below-mentioned tips to create an engaging video game tutorial.

As per Statista.com, the global gaming market is valued at USD 178 billion in 2021 and is expected to touch USD 268.8 billion by 2025. North America leads the gaming market region-wise. The rise in the number of gamers is also of significance. While in 2015, there were about two billion online video gamers, that figure will touch and go beyond three billion by 2023.

With the gaming market growing lucrative day by day, developers and gamers need to use the best available tools to create impactful and meaningful tutorials. Almost half of YouTube gamers spend their time watching YouTube videos rather than playing the game themselves. Developers and gamers need to present captivating tutorials and gameplay to engage the gaming community and motivate them to explore the game.

Here are five tips for both sets of people to switch on the ‘lets play’ mode:

Tip #1: Investing in the right tools – for gamer and developer

Creating a video game tutorial needs as much time, patience, storyline, and technology as creating an actual game, if not more. For example, if you wish to create a video of you playing the game, you cannot simply use your smartphone to capture the footage. There needs to be a proper video camera or even a laptop that can do wonders for you.

Not just that, if you are playing over steam or origin or using a console and wish to record, you will need a capture card to film the entire gameplay. Similarly, if you want to include audio or a self-commentary, you might have to invest in a good microphone. Once the recording has been captured and the commentary recorded, you will need a power-driven games video editor to edit the content. The editor has a very important role to play here.

When considering video editors, look at free online editors. Not only are there some good tools for beginners, but also quite a few that are free-to-use, have a free trial period, or can be used virtually, and yet come with some powerful features. InVideo is a free games video editor with amazing features to edit your video footage realistically and create an impactful tutorial for the audience.

Tip # 2: Make the tutorial a part of the game – for developers

One realistic way of hand-holding a new gamer as he gets used to the game is integrating the tutorial with the actual game. The logic behind this is that most gamers, beginner or experienced, may skip the tutorial given an option. In many cases, gamers like to look at the tutorial as an essential part of the game. Most gamers are excited to start playing the game. They do not have much patience or willingness to go through a full-fledged tutorial before starting. However, with a blended tutorial, they get a hands-on feel of the game before starting.

Also, the thought process behind integrating the tutorial and the game is not to let the gamer look at the tutorial as an isolated part. The purpose is to help the gamer learn the game within the gaming ecosystem to move from the tutorial to the game seamlessly – it is more fun and engaging than discrete tutorials.

Tip # 3: Learning by doing rather than reading – for developers

Reading instructions and understanding them can be a complex affair – frankly, gamers today neither have that kind of patience nor the time to read a tutorial. They desire gaming experiences. With the help of a game video editor, developers can offer such experiences to the gamer. The purpose is to motivate the gamer to play the game, perform the required actions. The guidance needs to be in real-time; animated arrows and blinking lights are a good way to handhold. And, wherever applicable, the developer can insert text for passing on more information to the gamer.

Tip #4: Choose between playing the game or teaching how to play a game – for gamers

As a gamer who wishes to share a gaming tutorial with your followers, you will need to choose between simply making gameplay to help your followers understand the game’s nuances or make a complete video with a commentary and audio background. Either way, you need to make the tutorial competitive by choosing the right tools. The choice is between ‘let’s play,’ where you play the game with commentary, and a ‘how-to-play’ video where you teach the game to your followers. The right software tool and technology for either format will help deliver effective results.

Choose a game you are proficient with and an expert, so that you do not come across as a struggling gamer. If you are not good at the game it will not fetch you any new followers. Rather, you risk losing your existing followers.

An enjoyable video can be created only when all the elements are in sync. It is, therefore, advisable to pick a game that you are hundred percent familiar with and can share tips, new information, and knowledge on playing the game.

Whether you are a developer or a gamer, creating an impactful tutorial can make a key difference in monetizing your online game and YouTube presence. Go ahead and utilize the tips mentioned here to get the best results.

What Is HTTP Full Form?

How To Turn Off iPhone 12 Pro Max?

How IT Consulting Service Helps You To Focus...

TOP 10 KEYBOARDS FOR YOUR CHATS AND CONVERSATIONS

Know Why You Should Give Preference to Banners...

Experience These Wildlife Adventures on Your Next Visit...

An Introduction to VPS Hosting